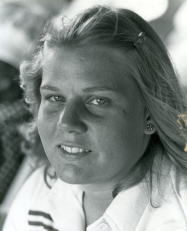 Sally's Soup Ministry was born as a result of the love that one woman had for the people God had placed around her, Sally Jean Hawn Sparkman.  Sally loved to cook and frequently made soups to take to those who were not feeling well, who had new babies at home, to make someone feel better or as a Christmas gift.  She had several specialty recipes that were well received by all those she visited. She had a big, contagious laugh that could fill up a room.  When she found something funny, there was no doubt about it!

In the shadow of a car accident that took her life in 2004, those that she had loved on and cared for during their times of need, began to talk about her 'gifts'.  Thus the idea was born to begin "Sally's Soup Ministry", to continue in her footsteps, by caring for those that need it.

Today there are many volunteers who prepare soup and other meals to be delivered to those who need them.  It is just a small tribute to our friend, Sally, who taught us through her example, the power of the gift of hospitality.

If you are interested in being a part of the Sally's Soup Ministry, come and join us on the 1st Wednesday of each month at 6:00 p.m. in the Fellowship Hall kitchen.  Be ready for a time of fellowship, as we prepare soup for those who will need it.

"Above all, love each other deeply...offer hospitality to one another...each one should use whatever gift she/he has received to serve others, faithfully administering God's grace..."   ~1 Peter 4:8-11~